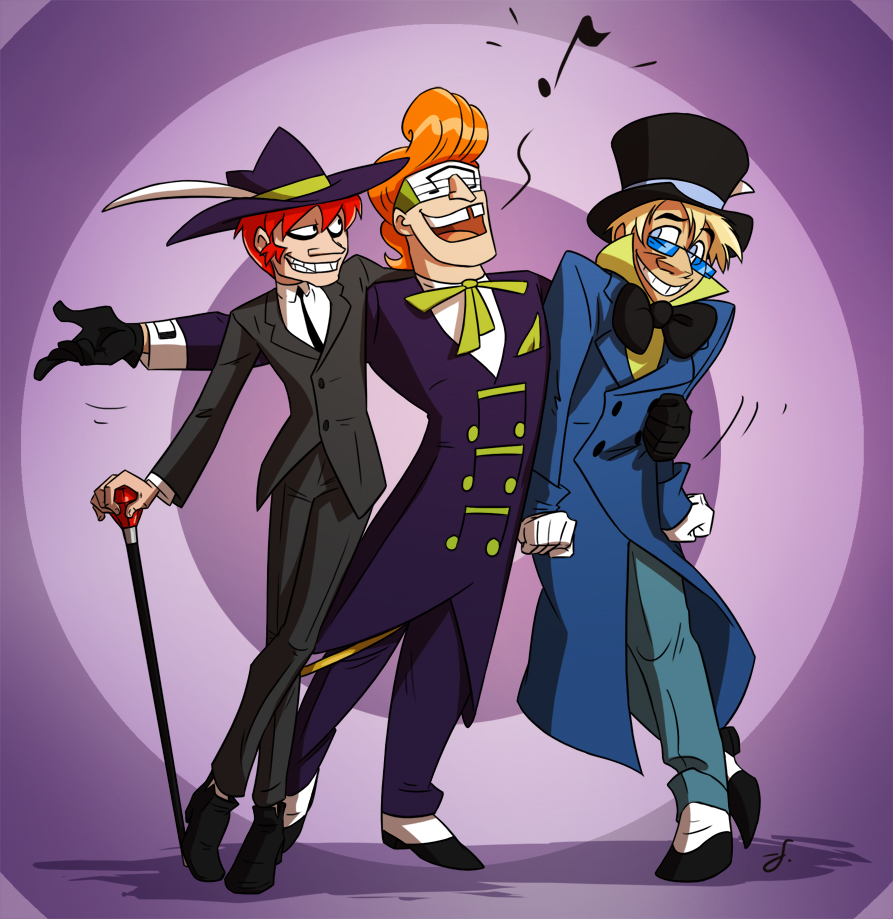 So, initially this was supposed to be a sort of ‘why haven’t these three been drawn together before’ and a big thanks to all the followers on my Jervis and Mod askblogs (which it still is), but really, when it comes down to it, it’s also a thank you to Batman: the Animated Series.

Without TAS, there would be no Teen Titans, there would be no Brave and the Bold- what that show did for the world of cartoons is hard to put into words. They wrote every episode to be a movie; to be a real, true story that people could relate to. They made a world that was stunning, stylized and impossible, but believable; inhabited by well developed characters voiced by some of the biggest names of the era. It finally put television animation on the map as a serious art, and brought the myths and magic of the Batman comics to the screen in a new light.