I've started designing an original character (or two) and their stories once a day; as my brain appears to do that by accident anyway I figured I ought to draw them out at the very least. Only two in but I'll keep posting these as they pop up two or three at a time. 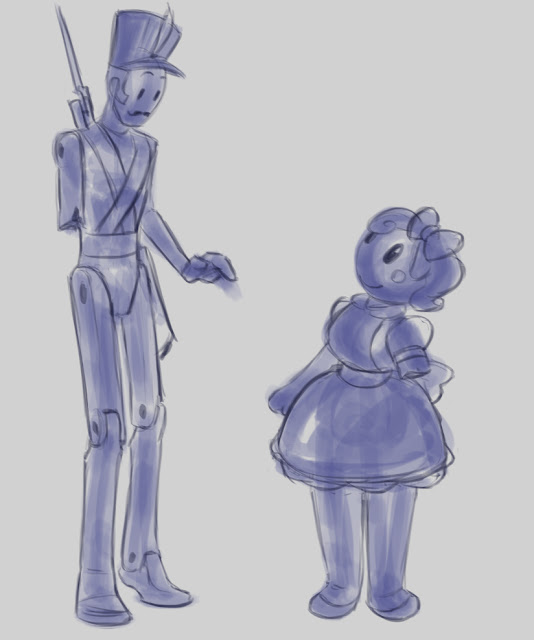 When I played with my toys the stories were always very epic and involved and were quite often about murders (the villain was usually the sole Barbie we owned). These two are a pair of crime busting buddies; Lucy is the brains and brawn, Thomas is the tact. Thomas is also very very glad that gun is welded to his back, partly because he hates violence, but mostly because Lucy would be using it every five minutes if it wasn’t. Not that she hasn’t tried. 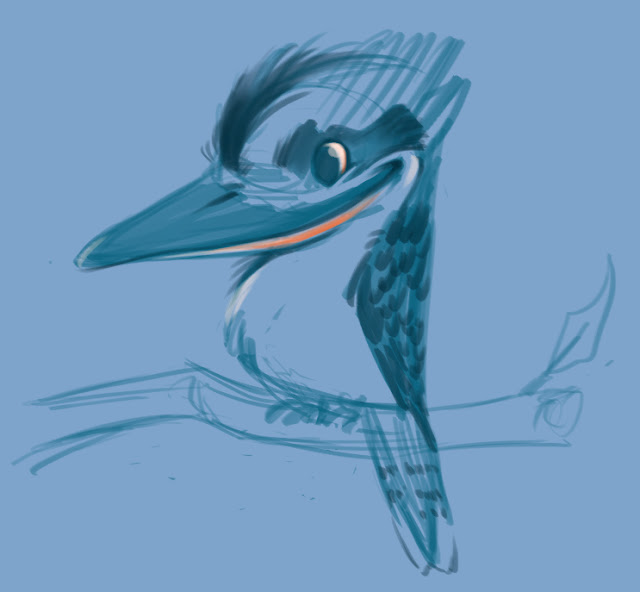 This is Clovis. She’s a kookaburra who lives in Wales. She is convinced that she is a nightjar.
Posted by Sarah Jolley at 09:54