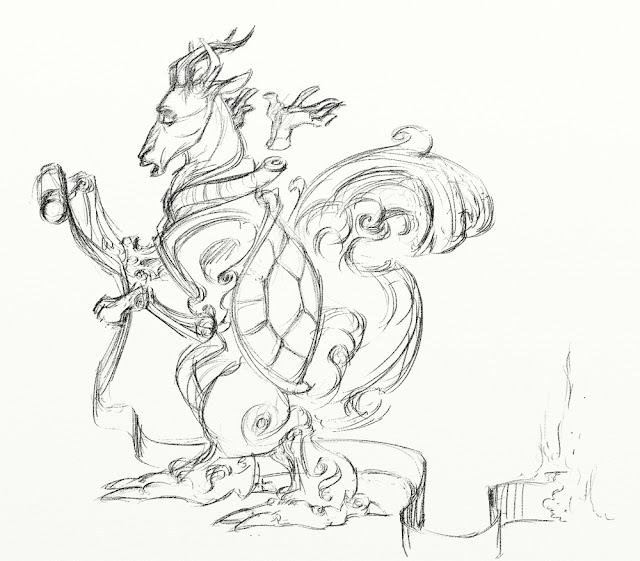 Last night I encountered this creature. I never saw it from the front, as it always stood with its side to me like a supporter on a heraldic crest. Its arms, tail and legs were carved out of heavily varnished wood, and it spoke in a voice that was composed out of the sounds of many hundreds of stringed instruments. The shell on its back was made from a darkly coloured and translucent green stone, perhaps malachite, and the six horns and hands seemed to be made of ebony or obsidian. What was left was furred and white, and the long scroll that it read from constantly charred at the end, although it never grew any shorter. The contents of the scroll were all of the sins that I had committed and was yet to commit in my dreams.
Posted by Sarah Jolley at 10:26