I’m amazed at how many people keep sending asks on tumblr about the full feature SKIP idea, but just to give you a better idea of what I meant by SKIP being ‘an abbreviation of the idea’: I basically took the concept of a love story crossed with jumping through film genres and ran with that, keeping it to the two main characters, Mesi and Arthur.
The atmosphere and morale behind the full feature, however, would be very different. The entire story and set up is different, and the ending… well, I’ll just say the ending isn’t the same either.
These are just a couple of very rough semi-board/concept doodles that might give you an idea of what it feels like in my head. 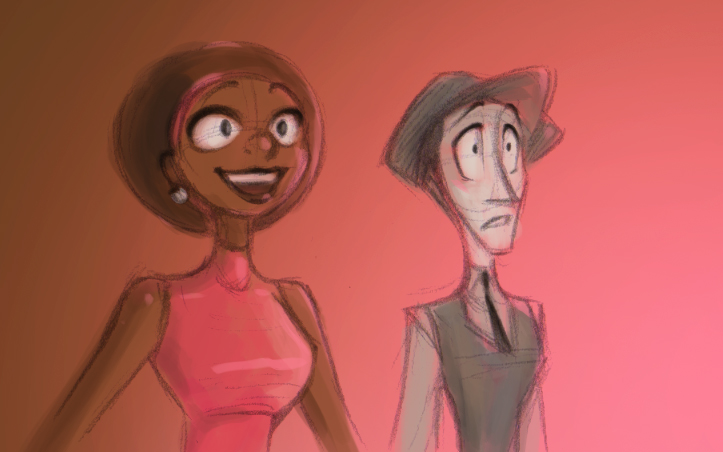 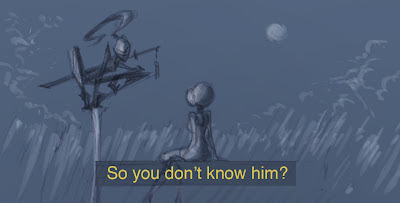 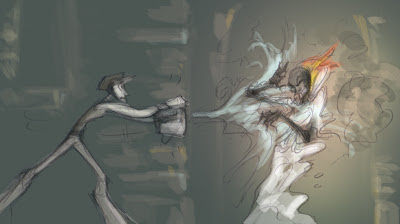 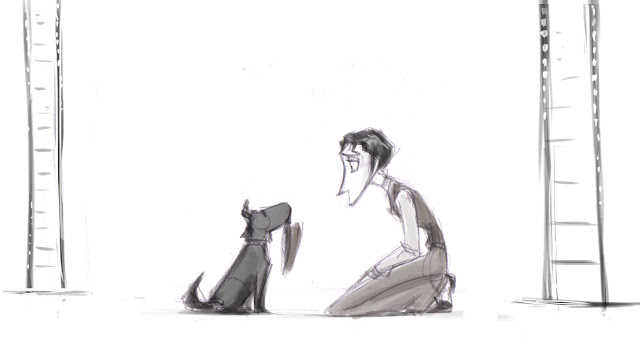 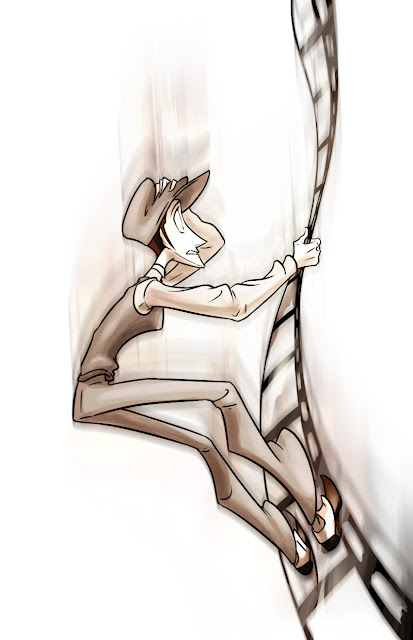